We work with startups, growth-focused organizations, and localities to foster and sustain inclusive innovation ecosystems.

Our Values
Our backstory

We envision a world where inclusive entrepreneurship and innovation are the norm, and not merely an afterthought.

Embrace the power of community, partnerships, and collaborative design processes

Create momentum and improve the odds of winning through capacity building

Empower socially and economically disadvantaged communities including womxn, people of color, and LGBTQ+

Having experienced similar hardships and successes while navigating startup and tech communities, both locally and internationally, Liz and Nestor joined forces once again to launch Fawns Leap with their shared vision in mind.

And so, Fawns Leap was created to empower underrepresented founders like themselves while advocating for, and implementing, more inclusive innovation ecosystems. 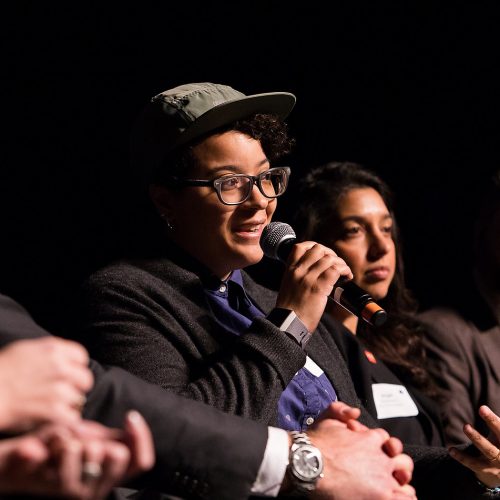 Liz Brown has led an impressive career as a U.S. Air Force veteran, serial entrepreneur, technologist, and urban planner in her 15+ years as a community builder and consultant. After battling joblessness and hiring discrimination within the tech community, she became deeply committed to leveraging her hybrid skill set to build capacity and advocate for more inclusive innovation ecosystems locally and internationally.

Today Liz serves as the co-founder and CEO of Fawns Leap, a creative agency and think tank that is hyperfocused on working with startups, growth-focused organizations, and localities to foster and sustain inclusive innovation ecosystems and economies. Prior to her co-founding Fawns Leap, she was the Managing Director at Backstage Philadelphia, an arm of Backstage Capital, a venture capital firm that invests in underrepresented founders. Her role at Backstage included curriculum development for an international startup accelerator serving 24 companies with founders identifying as socially or economically disadvantaged, womxn, people of color, and LGBTQ+.

In 2018, she was awarded the title of Technologist of the Year at the Annual Rad Girl Awards. Liz has also been featured in several well-known industry publications and media establishments, including Communication Arts, DMI Review, Al Jazeera Media Network, and SXSW. Additionally, she co-founded and served as co-CEO of Webjunto, a well known design and development agency that served more than 100 tech startups internationally and was named Philadelphia’s Best Tech Workplace for Diversity at the 2018 Timmy Awards. During that same time, she played a major role in conceiving and organizing one of the largest and most inclusive annual events at Philly Tech Week, as well as a monthly meetup series geared towards supporting local thinkers, makers, and doers with more than 1500 members.

Outside of her typical day to day, Liz is also an adjunct professor with a master’s degree in Urban Planning from the University at Buffalo as well as a second master’s in Information Design and Technology from SUNY IT. In her free time she hosts Parallax, a civic innovation focused podcast sponsored by Drexel University’s ExCITe Center, the Design Futures Lab and a recording space provided by the Dornsife Center for Community Partnerships. 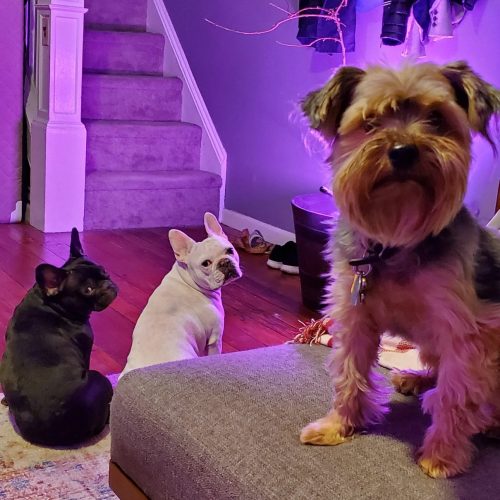 When they aren't offering support to the team you can find them: napping, snacking, cuddled up with toys, or wrestling. 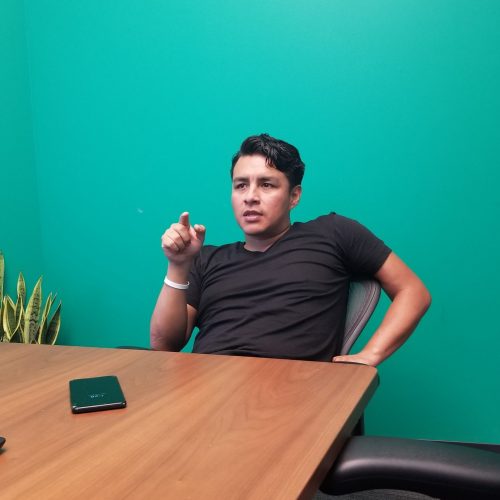 A self-described problem solver, Nestor Canales is an entrepreneur and technologist who is committed to providing consulting and support to startups and small businesses. He has spent the last 13 years creating digital solutions and is currently most passionate about the work he is doing to support other underrepresented entrepreneurs.

Serving as the co-founder and Chief Innovation Officer at Fawns Leap, Nestor plays a major role in digital transformations, media production, and product development. As a native Spanish speaker and immigrant from Lima, Peru, he has been instrumental in developing a plan to increase outreach and support to entrepreneurs within the Latinx community.

Prior to his current role at Fawns Leap, Nestor founded Clevermask, a web agency which provides web design, development, and growth strategies. In addition to web services, he has had extensive experience with video and audio production including live broadcasting in collaboration with International Polo Club Palm Beach, United States Polo Association, and NBC Sports Network.

The fawn, the myth, the legend

What's behind the name?

So what the heck does “fawns leap” mean?

What is the legend

Our name, Fawns Leap, is inspired by a waterfall located along Kaaterskill Creek, in the Castkill Mountains of New York. (Side note: our cofounder, Liz Brown actually grew up in that area.)

There are a few differing stories about how Fawn’s Leap, the waterfall, got its name. The most commonly shared story is that of a fawn which tried to cross the creek at the top of the falls. The fawn failed and instead leapt off of the falls. Some say that the fawn was swept over, others say it survived.

Inspired by the legend of Fawn’s Leap, our name is representative of the many ups and downs of every entrepreneurs journey.

After all, you’ll never know if you can make it if you don’t take the leap.

Start, scale, sustain with Fawns Leap by your side